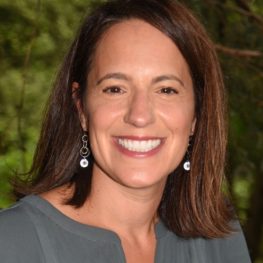 Rabbi Dana Saroken was ordained as a Rabbi in 2004.  She moved to Baltimore from New York to become a Rabbi with Beth El Congregation in 2007.  As she was tending to her traditional rabbinic responsibilities of pastoral caregiving, life cycle officiating, sermon delivering, and more, she was also dreaming up the Soul Center, which opened up the doors in November 2016.

Following college graduation, Rabbi Saroken moved to Colorado and worked as the Educational Director for the international organization Up With People that specializes in performing arts, service, and global education. Through this job she was able to travel the world and pursue her passion for theater and community-building and service.  After her tours ended, Rabbi Saroken moved to Washington, DC, where she ran the Jewish Students Association at Georgetown University for 3 ½ years and finally…she made it back to New York to attend the Jewish Theological Seminary, get ordained, and serve the Jewish people.

When she’s not working, or spending time with her husband Rafi Rone, or busy in the raising and growing and activities of her three children, Rabbi Saroken is a part of Kenissa – a national initiative for Jewish start-ups, a fellow of the Institute for Jewish Spirituality Rabbinic Cohort, and was recently named “1 of 10 Women To Watch” by Jewish Women International.  For fun, she loves playing with her children, her dog Palmer, anything having to do with water, skiing (when possible), seeing great musicals, reading, and listening to brilliant podcasts.